7 Mistakes to Avoid When Redeeming Points and Miles

Don't fall victim to these common points and miles pitfalls.

The world of points and miles is incredibly rewarding but challenging to navigate. Every airline and hotel chain has its own rules, making it tough to figure out the best way to maximize your rewards. Even the most seasoned vets have made mistakes when collecting or redeeming points.

That’s certainly by design. Loyalty programs are incredibly lucrative, especially for airlines, and making it difficult to navigate for customers helps secure the bottom line. Luckily, there are resources for folks to figure out how to avoid the traps laid out for them.

If you’re new to the world of loyalty programs, here are seven mistakes to avoid when redeeming points and miles:

1. Not Diversifying Your Rewards

Too many people make the mistake of collecting a single currency and then get stuck when they can’t find award availability. Not diversifying your points portfolio is the most critical mistake to avoid when redeeming points and miles. In fact, you can take it a step further by collecting flexible rewards in addition to your favorite hotel or airline currency.

Currencies Amex Membership Rewards, Chase Ultimate Rewards® and Citi ThankYou® Points, from our partner Citi, are transferable to over a dozen airline and hotel partners. By keeping a healthy balance of one or more of these currencies, you can have more flexibility in using your rewards. If one program doesn’t have award space for that flight or hotel room you want to book, you can transfer your points to one that does. This way, you’re not stuck at home because all your points are in a single loyalty program limiting inventory.

2. Not Knowing Your Points’ Value

Whether through travel or credit card welcome bonuses, you’ve worked hard for your points. The last thing you want to do is redeem them for less than they’re worth. That’s why it’s so important to understand the value of your points. By having a baseline to compare your redemption against, you’ll get the most out of your rewards.

To figure out whether a flight or hotel is a good redemption, simply divide the cash rate by the required points and multiply by a hundred. For example, an American Airlines ticket requiring 25,000 miles that costs $400 would get you 1.6 cents per mile. That’s well over Slickdeals’ valuation of AAdvantage miles at 1.4 cents each, making this a good redemption.

When most people redeem points, they usually book a round-trip flight or use points for a free night in a standard room. Those are undoubtedly solid options, but too many people overlook the rest. For example, Marriott gives you the fifth night free when redeeming points for five consecutive nights. That translates to a 20% savings, allowing you to book more nights for less.

Airlines offer even more ways to maximize your rewards. You can get a free stopover on one-way awards with Alaska Airlines. At the same time, All Nippon Airways (ANA) gives you both a free stopover and open-jaw per round-trip flight. An open-jaw ticket is when you fly to one airport and return from a different destination. Open jaws and stopovers can help you get more out of your miles by booking multiple trips for the price of one.

Knowing when airlines open up seats is also crucial. Most carriers make awards available about 180 days before departure, though others will do it as early as two weeks before. Knowing when seats become available can mean the difference between going on that summer trip to Europe and staying home until fall.

Many airline and hotel loyalty programs have implemented dynamic pricing, adjusting the price of award travel according to demand. Some have done away with award charts altogether, making the price you’ll pay for a seat or hotel room even more unpredictable.

Even programs that don’t use dynamic pricing still utilize standard and saver awards. A certain number of seats will be available at the saver level, after which standard pricing will take effect. Standard award flights can be significantly pricier than saver seats. They can sometimes cost the same as a first-class award. Know the difference between standard vs. saver awards and adjust your search accordingly.

Some foreign airlines like Lufthansa and British Airways add massive fuel surcharges to award flights. Knowing about this in advance and collecting a different currency can help you avoid paying $1,000 or more round-trip. The same goes for hotel loyalty programs. Some Marriott hotels charge resort and destination fees, even on award tickets. But book your stay with Hilton or Hyatt and these fees are waived when you redeem points.

It’s important to familiarize yourself with a loyalty program’s award pricing structure before collecting points to avoid the risk of overpaying for them.

When it comes to traveling on points and miles, flexibility is key. You have to be flexible with your travel dates, cabins and even your destination. That may sound extreme, but most airlines and hotels price out awards based on demand. If you want to travel to Paris in the summer or New Orleans for Mardi Gras, so do millions of other people. That will drive up the cost of award flights and hotel rooms.

But by adjusting your travel dates a little or choosing to travel in the off-season, you can get better deals. For example, if you’re willing to postpone your European adventure to fall or winter, you might’ll redeem 7,500 fewer AAdvantage miles.

Most airlines and even hotel loyalty programs will price awards cheaper if you travel during off-peak dates. You’ll get a similarthe same experience with fewer crowds and points to spare.

Letting points expire is a common and easily avoidable mistake. To avoid this fate, you need to keep your accounts active. That means either earning or redeeming points at least once every 12 months. You can do this by having co-branded credit cards in your wallet, earning points through airline and hotel shopping portals, dining rewards programs or surveys. You can even redeem a small number of points for things like digital downloads and magazines to prevent the rest of your balance from expiring.

This can be a tough feat with multiple loyalty accounts. The best way to track them all is by signing up for Award Wallet. Award Wallet is free to use and allows you to track your points balance with virtually every major loyalty program. You’ll get email notifications in advance of expiration dates so you can try to save your points. Considering it doesn’t cost anything, it’s an absolute no-brainer.

Other than letting your points expire, redeeming them for anything other than travel often yields the poorest value. Virtually every hotel and airline loyalty program lets you redeem points for merchandise and gift cards at a 0.5-1 cents per point. Considering you can get well over two cents per point on luxury travel redemptions, gift cards and merchandise are a terrible redemption in comparison.

The only time redeeming points for non-travel awards makes sense is if they’re about to expire and you don’t have enough points for travel. 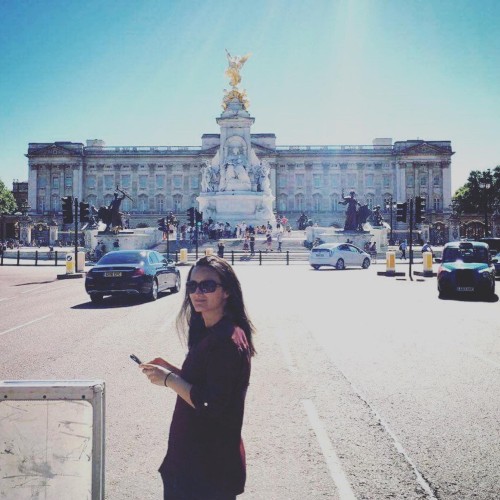 Ariana Arghandewalhttps://www.pointchaser.com/
Ariana Arghandewal is a rewards travel expert and founder of Pointchaser. She has covered all things points, miles and credit cards for over a decade and served as an editor at The Points Guy, NerdWallet, and FlyerTalk. Her work has also appeared in Forbes, Fodor's Travel, and U.S. News Weekly.
Share
Facebook
Twitter
ReddIt
Email
Additional Reading

What Are Points and Miles Worth?

Chase Cards Earn 10x Points on Starbucks Purchases up to $500