Ways to Pay Off a Mortgage Early

Paying off a mortgage earlier can be done with a little extra effort.

For many people, their mortgage is the longest-term—and biggest—debt they’ll ever have to manage. Even though a mortgage gives you access to a very valuable asset, many homeowners often feel “house rich, cash poor” as they are burdened with the cost of homeownership eating up most of their monthly budget.

So it comes as no surprise that many people want to pay off their mortgages early. Read on to learn whether it’s possible to pay off a mortgage early, the benefits of doing so, what to keep in mind, and some ways to make that happen.

Can You Pay Off Your Mortgage Early?

It’s always best to double check with your lender about whether or not you can pay off a mortgage early, and whether there is a provision in the mortgage agreement for prepayment penalties.

Benefits of Paying Off Your Mortgage Early

There are several benefits to paying off a mortgage early, particularly when it comes to one’s long-term financial trajectory.

The most obvious benefit is that homeowners end up paying less in interest if they pay off their mortgage early. The fewer payments you make, the less in overall interest that you’ll pay your lender. This can translate into tens of thousands of dollars, or even more, depending on the value of your loan. Just be sure to clarify with your lender that you are putting your extra payments towards your principal rather than in interest payments.

Many mortgages last on average 30 years—or longer in some cases if a refinance is involved. While an individual’s current income may be sufficient in handling their mortgage payment, that may not always be the case if one decides to retire early. Not having to worry about the burden of paying off a mortgage during one’s retirement years when income is substantially less can be a big benefit.

In addition, someone thinking about passing on their assets to their heirs may prefer to pay off their mortgage early, as well. This way, instead of passing on additional debt payments to beneficiaries, they can simply pass on a valuable asset.

Improve Chances of Getting Another Loan

While having a mortgage doesn’t damage your credit score—especially if you’re paying it on time—people who are looking to secure a large loan in the future could benefit from paying off their mortgage early because it reduces their debt-to-income ratio.

Risks of Paying off Your Mortgage Early

While paying off a mortgage early does have a lot of positives, there are also a couple of downsides and risks to consider.

By paying off your mortgage early, you may be dipping into your cash reserves or emergency fund and find yourself even more cash poor. If an emergency arises and have little to no cash reserves to pay for the emergency, you could end up taking on additional—and more expensive—debt through other loans.

While it may be tempting to pay down your mortgage with a lump sum of cash, you must take into consideration the opportunity costs associated with draining your cash reserves. The money used to pay down a mortgage early could have grown in value through other investments. Whether it’s starting a business, investing in someone else’s business venture, stocks, commodities, or other investments, the potential payoff could be worth more than what was saved by paying down a mortgage. However, as with all investments, there is no guarantee.

Ways to Help Pay Off a Mortgage Early

For those thinking about how to pay off their 30-year mortgage in less time, there are several ways of going about it, including:

For example, you could effectively make one extra payment a year by tacking on a twelfth of your overall payment each time you pay your mortgage. Another option is making a 13th payment at the close of the year.

Refinancing a mortgage means taking out a new mortgage to replace the existing one. Homeowners often choose to refinance when interest rates are lower than their current mortgage, but some may also choose to adjust the loan term so it’s more affordable.

The goal is refinancing a mortgage is almost always to save money on monthly mortgage payments. When you secure a lower interest mortgage rate loan and reduce your monthly payments during refinancing, this can make it easier to pay extra every month. This extra cash will go straight towards your principle, reducing that element of your obligation. This speeds up the process of chopping your principle down to zero.

Note that refinancing does involve closing costs, so take these costs into consideration as well.

Some individuals can consider making bi-weekly payments, which means making half of your monthly payment every two weeks, totalling 26 payments a year. That means that by the end of the year, you’ve made the equivalent of one full additional payment. This reduces your principle quicker because you chip away at it in small increments throughout the year and get closer to the mortgage finish line sooner. You’ll also pay less interest overall when you have less mortgage payments left.

If they switch to bi-weekly payments, they pay $800 every two weeks for 26 payments, which essentially ends up being an extra mortgage payment each year, or $20,800 per year. You can pay down the principal faster and save on interest.

4. Rent Space in Your Home for More Income

For individuals who don’t already have extra income to commit to reducing the amount that is owed on the principal of a mortgage, consider getting the extra cash by renting out space in your home to travelers or boarders. Even if the rental is only offered during certain times of the year, it can make a big difference in going towards an extra mortgage payment here or there.

5. Use Unexpected Income Towards Your Mortgage

Some may be lucky enough to come across extra income or a windfall, which refer to lump sums of cash you may not have planned on getting.

Whether it’s in the form of a big bonus at work, inheritance money, bonus from a new credit card offer, stimulus checks from the government, or a big tax refund, using these extra funds on your mortgage rather than that new TV can be extremely helpful.

Consider using some of these funds towards your mortgage to help pay off your home faster, either by making a one-time lump sum payment, or by putting a little extra in your monthly principal for several months.

Is Paying Off Your Mortgage Early Worth It?

For many people, the benefits of paying off their mortgage early outweigh the drawbacks, especially because it often results in freeing up more money for them in the long run and coming out mortgate-free and debt-free in their retirement years. A mortgage is a very expensive debt, especially because it lasts for several decades. By chopping several years off a mortgage payment, one can easily save tens of thousands of dollars. These savings can then go towards reinvesting in other ventures, or used to bolster retirement savings.

In some situations, however, it may be better to not pay off a mortgage early. For example, if you managed to get a record-low mortgage interest rate, there may be no rush to pay it off since you’re not paying a lot in interest each month. Or, if paying off a mortgage early means tapping into cash reserves that will leave you without an emergency fund, that may be a risky move.

Whether or not paying a mortgage off early will depend on one’s financial situation, and it’s always a good idea to consult a financial advisor first.

Is it a good idea to pay off your mortgage early?

Paying off your mortgage early does have its benefits, including freeing up your monthly budget and paying less in interest charges. But you should also consider the disadvantages, such as how much money you could have made by investing instead. Assess whether it’s more important to have the extra cashflow and to save on interest or if you prefer to maximize the use of your cash through other ventures.

Is it better to pay off a mortgage or save money?

This would depend on what is more important to you and what stage of the mortgage you are in. If you are at the beginning of the loan and far from retirement, it can make sense to pay a little extra so you can pay less in interest. But if you are close to retirement and nearing the end of your mortgage, you may gain more benefits from focusing on saving for retirement instead.

Why do people not pay their mortgages off early?

Many homeowners choose not to pay off their mortgages early because it would pose a financial hardship, as not every household has the cash reserves for an early payoff. Also, some people prefer to commit their extra money to other investments, while others may feel their monthly mortgage payments are affordable enough so they are not in a rush to make the extra payments. 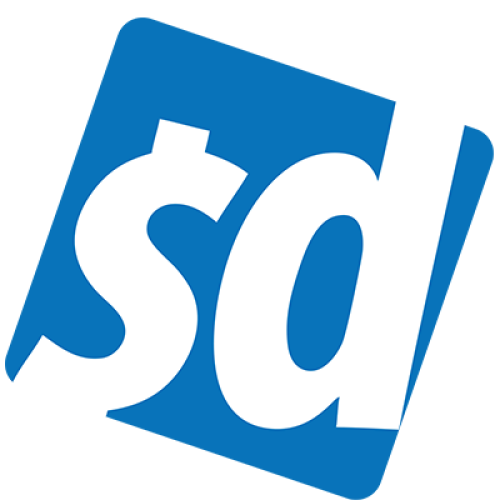 Buy Now, Pay Later: Who Should Get it, and Hidden Dangers

Should You Use a Personal Loan to Pay Your Taxes?

When Does Refinancing a Mortgage Make Sense?

Paying for Home Renovations & Upgrades: Should You Finance or Use Savings?

Can You Buy a Home With Less Than 20% Down Payment?

How Student Loans Can Affect Your Credit Score

Should I Get a Loan to Pay Off Credit Card Debt?

Buying a Home Is 15% More Expensive: 5 Tips To Prepare To Own

Guide to Refinancing a Personal Loan

How Overdraft Protection Works,and How To Avoid Overdraft Fees